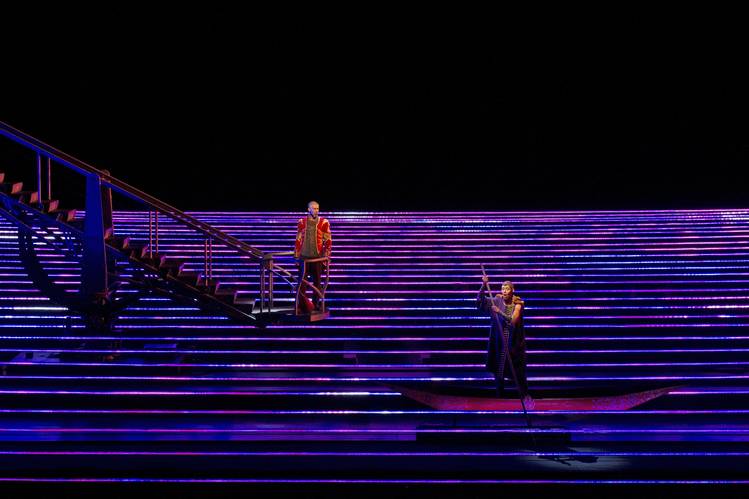 One of the most highly praised operas of recent years, which had its premiere at the Salzburg Festival in 2000, Kaija Saariaho’s yearning medieval romance L’Amour de Loin, has its Met premiere on December 1. The production is by Robert Lepage, co-produced with L’Opéra de Québec, where it premiered to acclaim last summer, in collaboration with Ex Machina. Susanna Mälkki leads the performances, which will star Susanna Phillips as Clémence, Eric Owens as Jaufré, and Tamara Mumford as the Pilgrim who carries messages of love between them. L’Amour de Loin is one of several Kaija Saariaho events taking place in New York this autumn, including performances at the Park Avenue Armory with the New York Philharmonic; at the Juilliard School; and a residency by the composer at the Mannes School of Music.